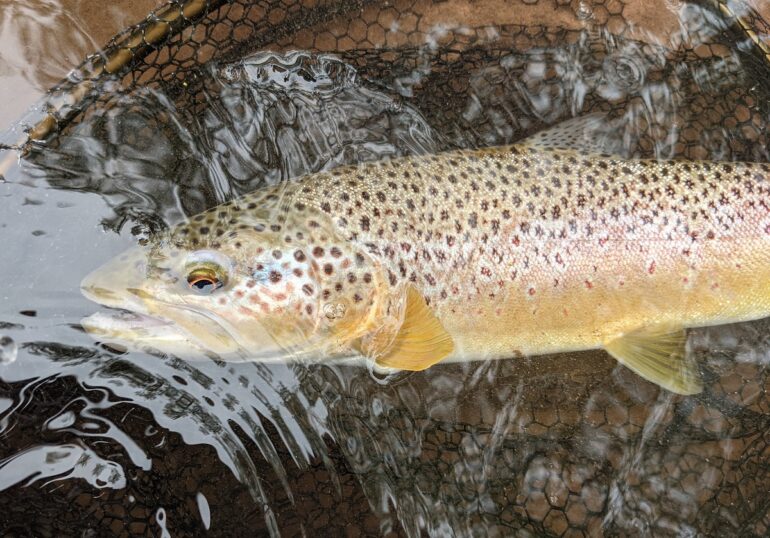 Look After Your Catch: Considerations For Successful Fish Care

Fish care is one of the most important aspects of our sport and isn’t written about nearly enough as it should be! Gwent Angling Society has a conservation minded ethos and we actively encourage catch and release and good fish care practice.

Whilst it is great to learn about ways and methods of catching fish and then to show them off proudly on social media, there are means to do this without harming the fish we love so much. Importantly, a successful release means that you or another angler can enjoy catching them again and they can grow bigger and breed.

In this article we look at considerations for successful fish care and catch and release best practice.

This is the number one rule – It’s simple really. If you want fish to survive capture, then keep them in the water! This means keeping the fish submerged in the net for unhooking, photography and then resting it before release. Wet hands are essential for handling fish to help prevent bacterial infection. Never use a wet (or dry) towel or a rag to hold a fish – this really isn’t good for them and can cause serious damage. 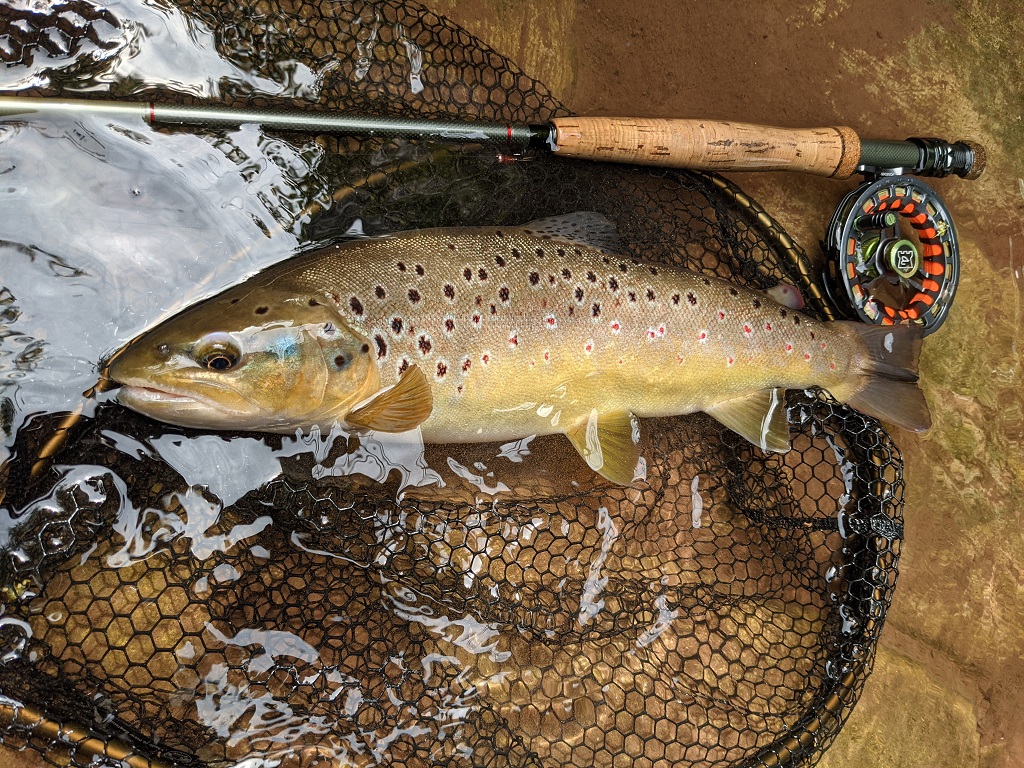 2.) Have right the tools for the job

Consider what you need for unhooking – barbless hooks will help a quick release and they are a Gwent AS rule. Forceps are essential, so make sure you are carrying one at all times. Importantly, you should use the right tackle! You should use strong enough (species appropriate) equipment, so you do not end up overplaying a fish to exhaustion. For example, do not attempt to catch a salmon on a 10 foot 3weight! Nets are another consideration and are essential – knotless fine mesh nets offer better protection, or better yet use a fully rubberised mesh net. These have the added befit of being ‘smell free’!

Do you really need another grip and grin for social media likes?

People may be more interested in seeing the fish than you. Self takes using a mobile phone are often not in the best interest of fish as they take extra time to set up and getting the shot just right can take several attempts. A picture of the fish laid out in the water, in the net or in the hand just above the water will suffice if you are on your own and simply want a record of the fish.

Regarding gripping, do not squeeze fish or clench fish hard. Gently support the fish and do not put your fingers into gill areas or around the throat, for most fish species the vital organs are located there.

It’s a big no no… never lay a fish up on the bank, dry ground, dry gravel, mud, tarmac, rocks or any other hard surface for a picture. It’s really bad for the fish. Preferably lay the fish in the water in the net, semi submerged in the margins or in a wet hand in or above the water. 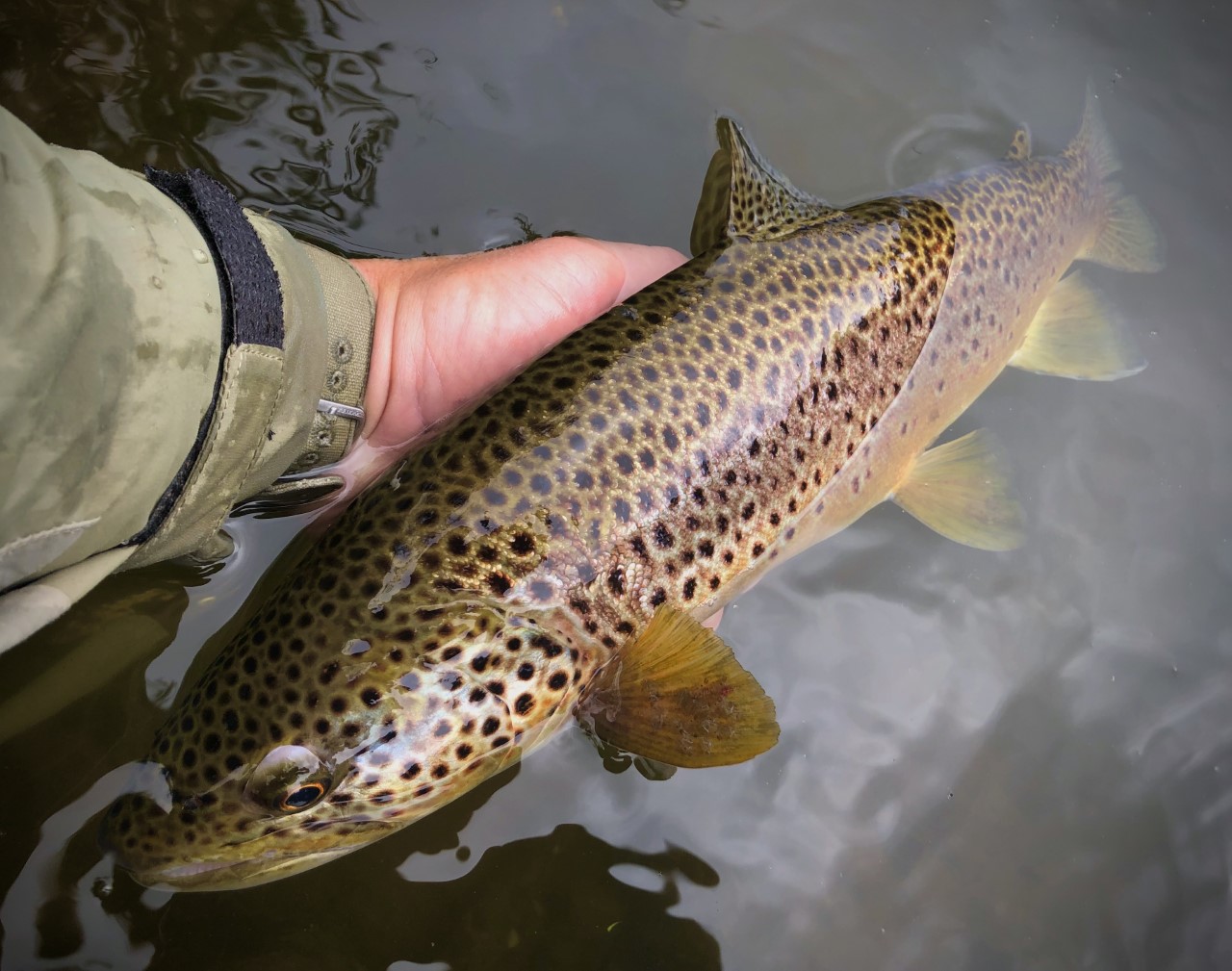 Standing up with a fish and walking around on the bank is another thing to avoid, a fish dropped from a height onto a hard surface is often a dead one – even if it swims away. If you must stand up for a photo then stand in or over the water, so if a fish does fall or wriggle free it won’t be injured. A great example below. 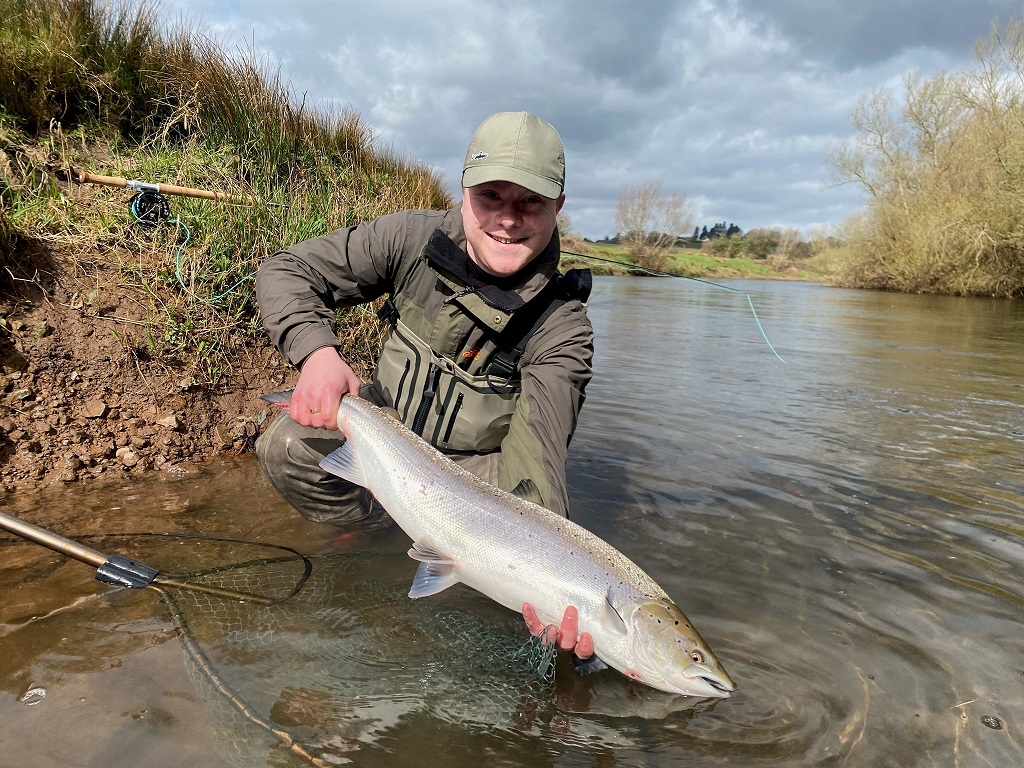 Water temperature is a massive consideration. Anything over 20 degrees can be lethal for salmonid species, especially if played out for a long time. If water temperatures are this high over a sustained period than it really isn’t going to be good for them, and the fishing is likely to be poor anyway, so it could be time to put down the rods temporarily.

7.) Do you really need to weigh or measure everything?

It’s probably worth weighing or measuring a fish if you think it’s a PB or a specimen. Otherwise, it could be worth taking an educated guess for the benefit of the fish. One of the best ways to weigh a fish is in the net, deducting the net weight afterwards. For trout, grayling and salmon anglers, there are specialist landing nets available from McLeans that incorporate a weighting scale built into the handle. These are worth investing in. 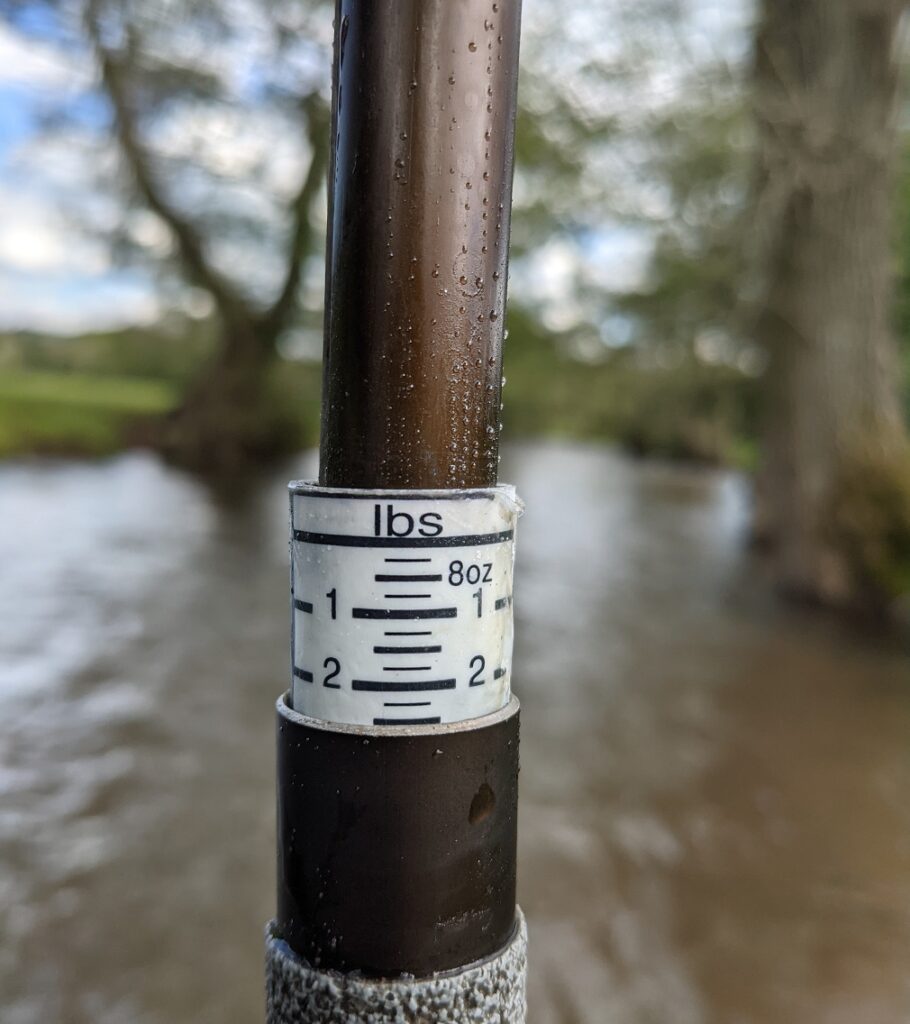 Your catch should always be returned in a gentle way – never throw or launch the fish into the water. Fish should be lowered and slipped gently back. Reviving a tired fish is very important. If the fish is turning belly up it is in a bad state and will likely die without being carefully revived. Hold and support the fish with its head facing the current. A gentle rocking movement can help by increasing water flow into the gills. When the fish is ready to go it will kick off strongly.

Carp, some other cyprinids such as tench and bream, and eels are quite resilient creatures and can survive a moderate time out of water – a few minutes in cool conditions. Sea fish species such as bass, rays, conger, shark and dogfish species are likewise fairly hardy. Even so, they should always be kept wet (have a bucket of water nearby) and should only be out of the water for the absolute minimum required for a photo.

Certain species are far more fragile than others and need special care and attention due to their high oxygen requirements.

All of the species found in Gwent AS waters fall into this category!

The fish species in Gwent AS waters can be very vulnerable to over handling in the warmer months when high air and water temperatures mean there is less dissolved oxygen available. Our species include:

Trout – Very intolerant of warm water and warm air temps, keeping them out of the water for any period of time is often fatal. Bear in mind the trout season runs March 3rd to  September 30th in Wales. Therefore, you shouldn’t take images and post ‘out of season’ trout  if you catch them while grayling fishing in winter – as they are likely to be spawning or recovering from spawning. It should be noted trout gills are fragile so avoid touching them.

The images below show a 17 inch trout captured by two Gwent AS members on different days. Both anglers kept the fish in the net, in the water for a quick photo. It was caught for a third time at a later date by another member – proof that good handling works! 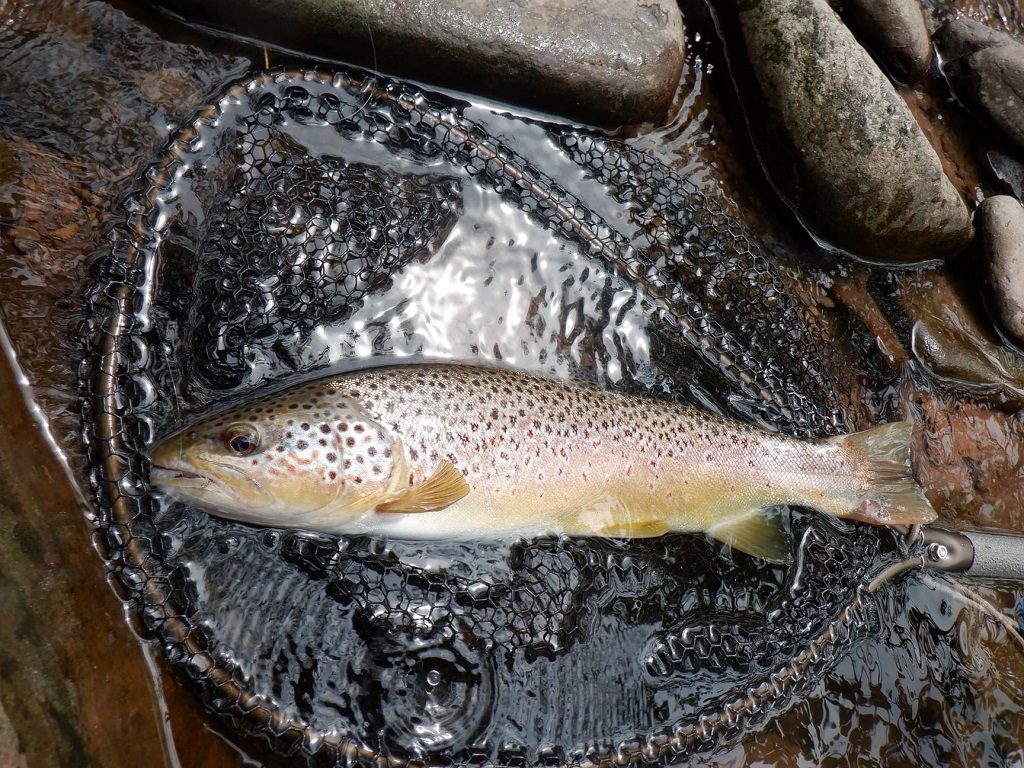 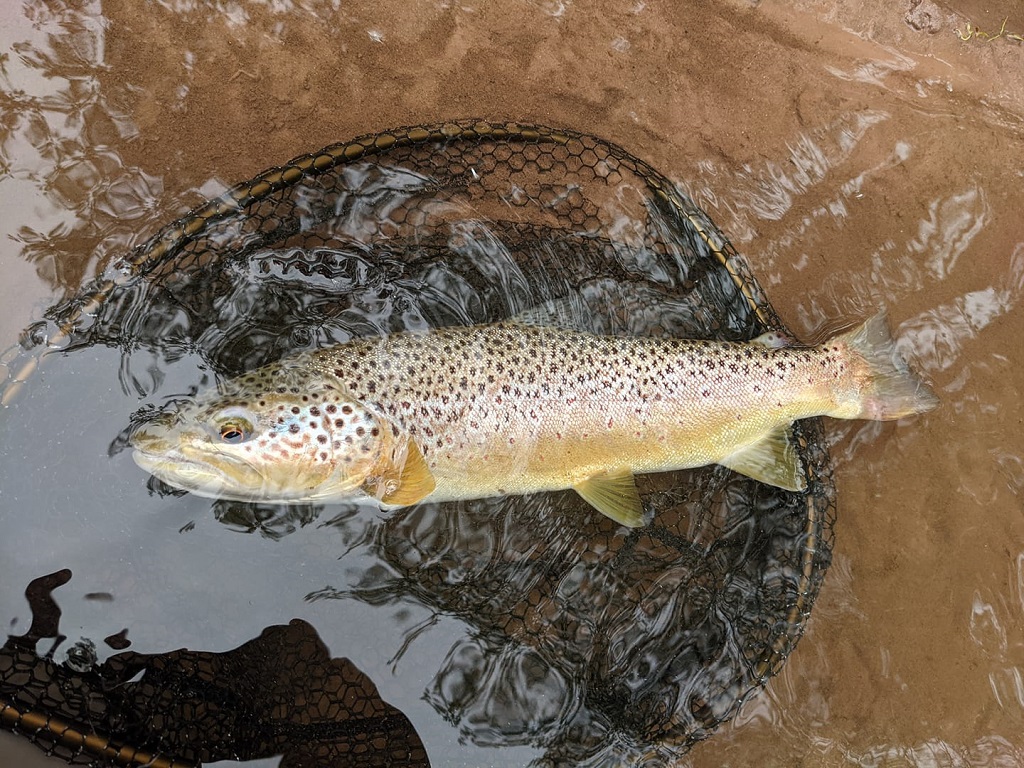 Grayling – Perhaps the most fragile fish of all. Grayling are cold water fish, they do not tolerate excess handling. Summer temperatures are often lethal to grayling when taken out of the water for even 10 or 20 seconds. Grayling wriggle a lot, making them one of the worst fish to photograph. but they should never be squeezed to keep them still or have their dorsal fin held erect for a photo – this often leads to bacterial infection and subsequent mortality.

Grayling should only be fished for deliberately during the river coarse season (16th June  to 15th March) so should not be retained for photography ‘out of season’. Preferably they should only be targeted on Gwent AS waters from October onwards when river temps are cooler. The picture below shows grayling kept in the water in the net, lifted gently momentarily for a quick photo before release. 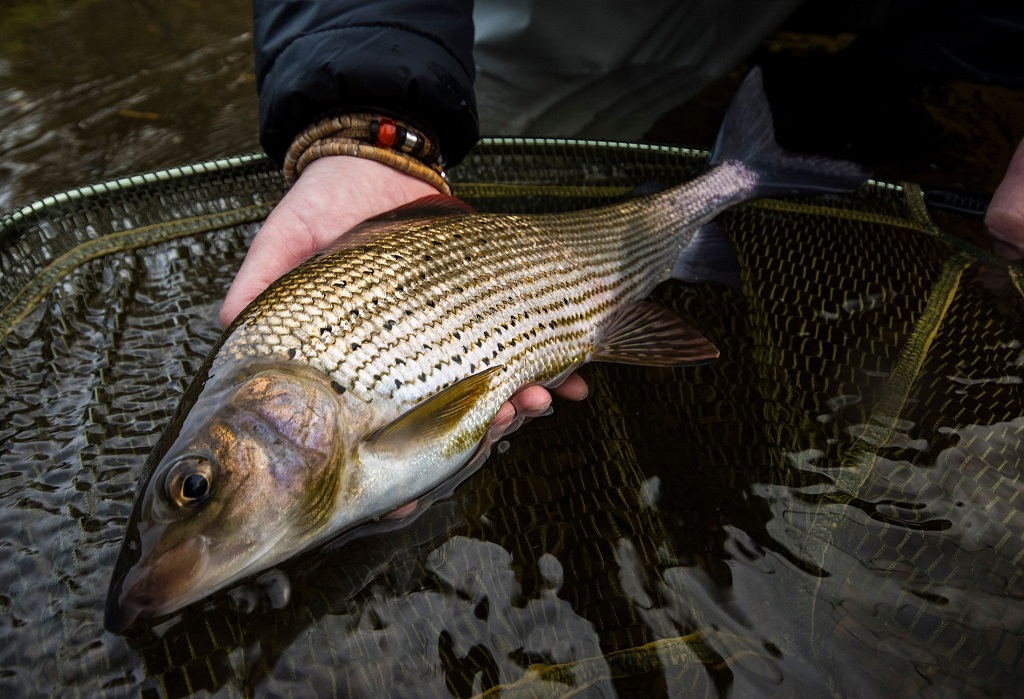 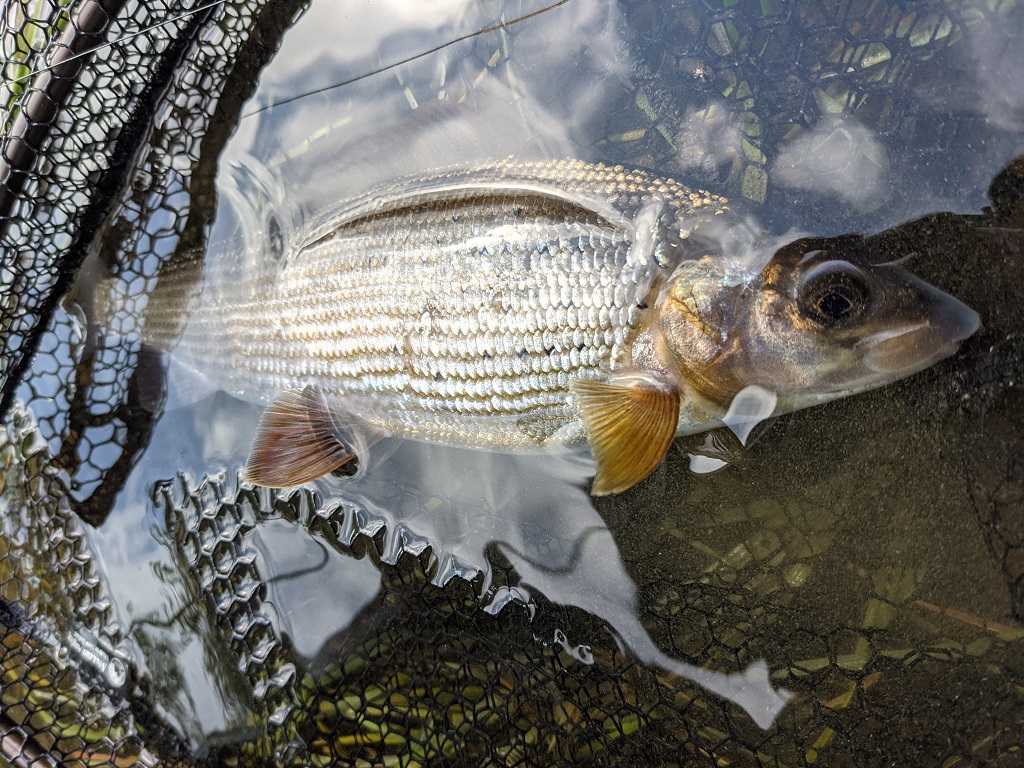 Salmon – The king of fish gives it all during the fight. With salmon numbers being on the decline it is important to treat these fish with respect and ensure they go back unharmed. And in some regions of England and the whole of Wales it is compulsory catch and release. Always revive salmon before release, never take them out of the water for photography and if you must weigh them invest in a weigh net. Salmon, like trout, are intolerant of high water temperatures and if water temps are 19 degrees C or more, they should not be fished for. Example of a good image below. 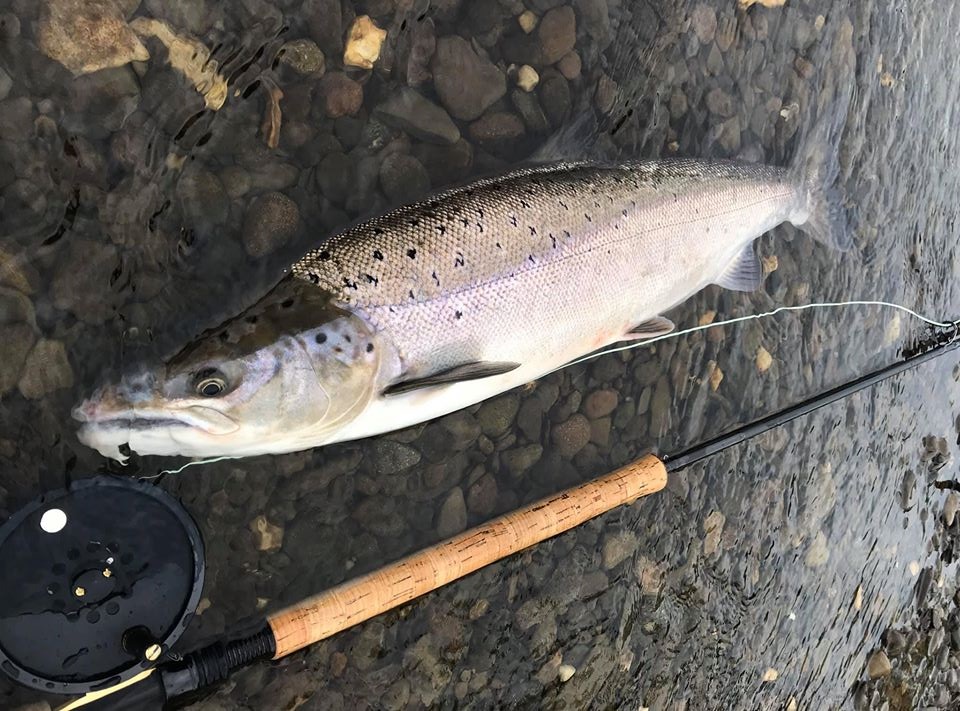 Barbel – Like the salmon the barbel gives it all – they really do fight with every ounce of their strength. Although they might seem to swim off fine immediately after capture, it’s best to rest them in the net and revive carefully, as the built up of lactic acid can result in mortality if the fish is returned prematurely.

Pike – Despite their fearsome appearance pike are very fragile when it comes to warm water temperatures and summer heat. It’s frowned upon to fish deadbaits in summer for this reason – the act of removing a deeply hooked deadbait means that the pike will be out of the water for too long. In summer this is often lethal. Other methods such as fly and lure (with barbless hooks) are kinder on pike in summer. Even so, if water temperatures are over 18 degrees C you should seriously consider not fishing for them. Preferably pike should be targeted in the winter months, when the water temperature is much cooler.

NB: Pike are one of the few fish that can be held safely by holding the hard bony lower jaw under the gill plate. The rest of the body must always be supported by your other hand. Sometimes this is called ‘chinning’. Only experienced anglers should attempt this, and you should avoid touching the gill rakers. You should never ‘chin’ other fish species. Image below of a Wye pike being rested in the net. 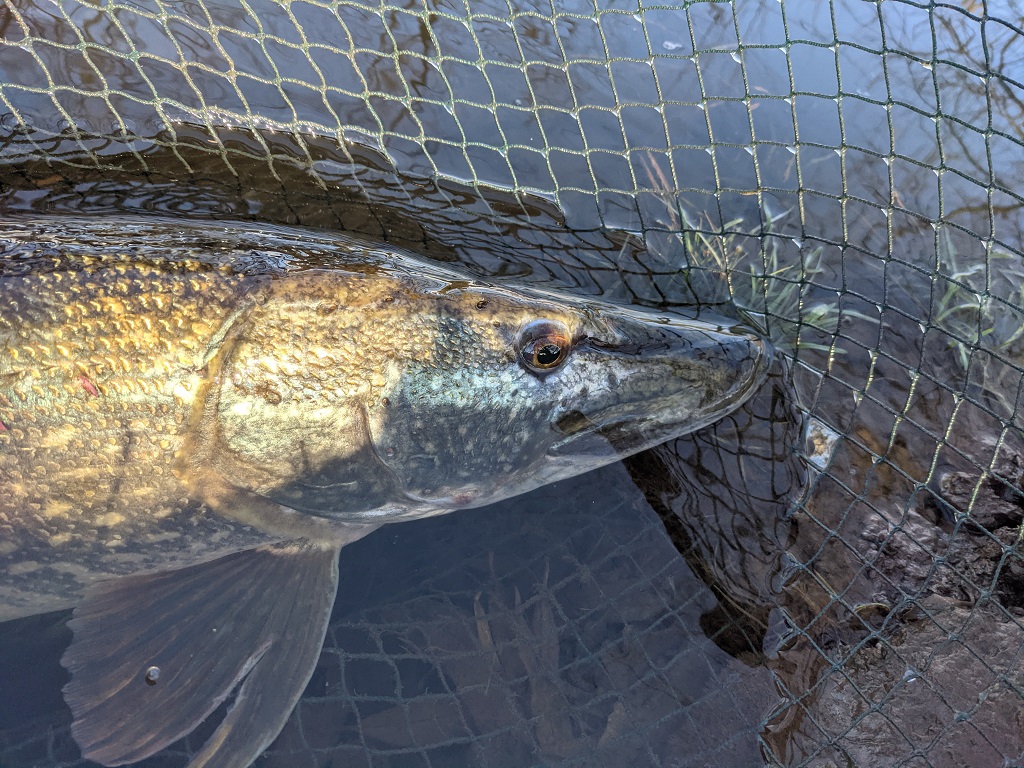 What should I do if I see ‘bad’ images on social media?

Facebook and Instagram images of fish laid out on bare banks, ‘out of season’ fish, fish rolling in mud, fish being squeezed, or self takes well away from the water  do attract a lot of criticism and angry comments quite quickly. But while we are quick to react to images of fish abuse, we should also consider education. Remember new or inexperienced anglers may not be aware they are causing harm – so take an educational, friendly tone to help them – perhaps by posting a link to an article like this one.