For those of you that couldn’t make it you missed a great night and really good food.

I have put some of the guest tiers videos on for you to view and at the end are the prize winners. Lucky beggars.

I want to thank everyone for their support. You all know who you are and a great big thanks. Nothing can be achieved without the help of the likes of those that give for nothing.

Gwilym Hughes ties The Emerger May Fly with the para-loop technique:

And now the rest of the winners.

These two lucky people won the rods donated by Fred Parry. Lindsay auctioned his Winston rod off later and raised a further £150 for the Junior Academy. 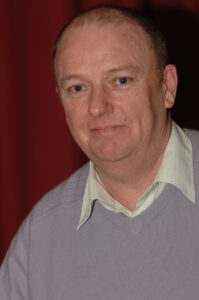 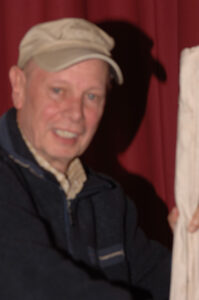 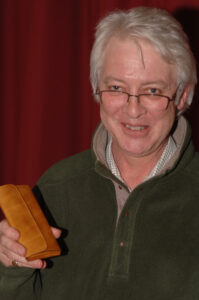 Our own Hazel Davy had the scissor set donated by Geriant Meadows. At least now Hazel you will be able to cut your thread. 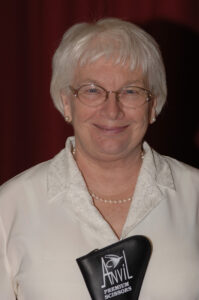 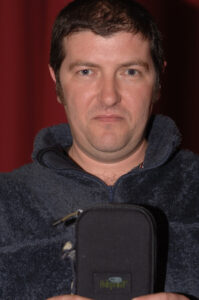 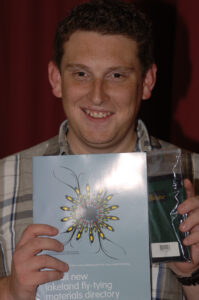 Russ chose the hand-carved stick donated by Ron Ahearne. Whilst Ron chose the fishing creel for his tins of beer rather than fish. This was donated by Hazel Davy. 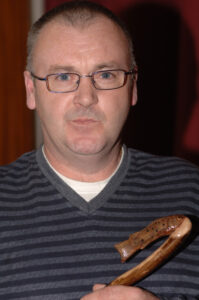 Mark Evans had the meal for two at the Bear in Crickhowell. All you have to do now Mark is convince some good looker to go with you. 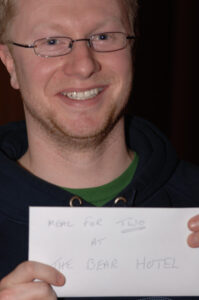 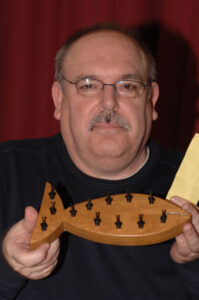 Another donated gift was selected by one of our many visitors. Richard chose a Partridge line donated by Cwmbran Angling and Mike Bubella our chef and host had the Grants whiskey kindly donated by Phil Beuglaar (try saying that after a beer or two). 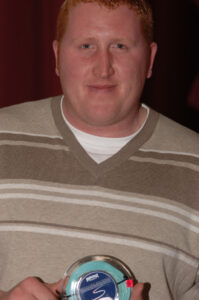 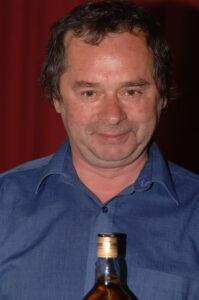 Ian Caple grabbed the last prize from Lakeland Fly Tying a good job as he needs the practice. 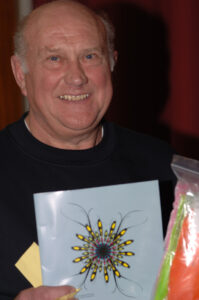 The next two day tickets were donated by Wentwood Angling. Many thanks, lads it is much appreciated. 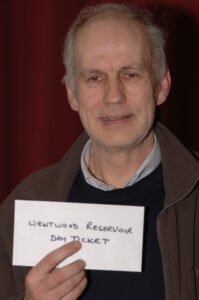 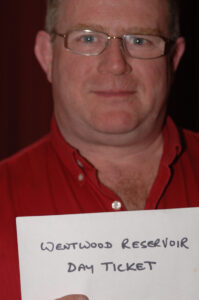 The Sloe Gin was won by another guest. The bottle was donated by new member Chris Price. 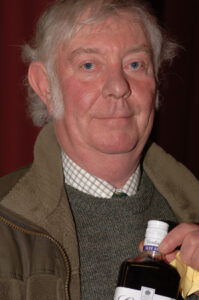 The scary face of our winner of the second bottle of whiskey is our own treasure Alan Parfitt. I am not sure if the smile isn’t because his books have just balanced mind you he always looks this scary good if there are crows about. 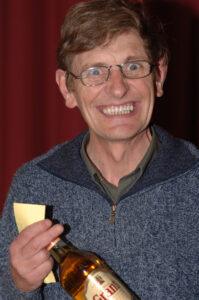 Our Last winner really goes to what the whole event was about. Getting youngsters interested in fishing. The winner was Geriant’s son who helped his Dad throughout his tying demo telling him when he had it wrong.

I hope you enjoyed it.  See you next year.