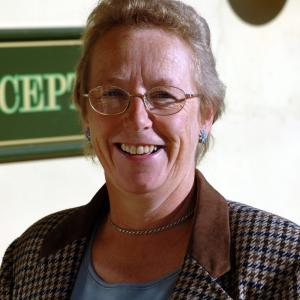 It was a chance of a lifetime, a day’s fishing for the king of all fish, the salmon, on the Tweed. I had spent the previous day having a conducted tour of the Tweed’s well-known waters, Floors, Wellington, Tweed Mill, The Pot and, of course, the famous Junction Pool, where the Teviot joins the Tweed. More local names, Green Door, Monument and Humblestones all add the fascination of this large, dark and imposing river. I saw the net man’s stone-built huts on the banks and heard stories of their lucrative trade, netting the salmon as they made their way upstream. These huts are now used as a base for the ghillies or boatsmen to work from, providing shelter from the elements and a place to have lunch or a coffee.

I was collected from my cosy guest house by a friend and driven to part of the river called Tweed Hill, a stretch of the Tweed just five miles from where the Tweed reaches the sea. The river was high and the fishing was going to be hard for the fish were running straight up the river and not stopping to rest in their usual haunts. We arrived at the lower beat at Tweed Hill and the ghillie’s hut was still locked, a bad sign and a little inconvenient when a ‘comfort stop’ was required. After donning a pair of hired chest waders, I was taken to a part of the river where I could fish safely in the fast running, peat coloured water and taught how to Spey cast. What a wonderful feeling it was being able to roll the line across the water to where the fish if they were there, might be caught. A heron was walking slowly and stealthily along the bank looking for his dinner and green woodpeckers were calling to each other across the trees. It was an experience to be savoured and so was the feeling of the cold water seeping into my wader and gradually swamping my left foot! The casting flowed like a dancer skating on ice, fluid and full of expectation, I felt as though I was part of a different world. A couple of hours later, with only a wader full of water and a frozen leg to show for my efforts, the ghillie arrived to unlock the hut. The delayed ‘comfort stop’ was achieved and the water emptied from my wader. The ghillie, a true, red-haired Scot, made me a cup of tea and topped it up with a ‘wee dram’. It wasn’t that wee, but who cared, I felt much better for it! My wet trouser leg steamed as I sat in front of the fire and the ghillie found me a new pair of waders. Size eights were rather large, but I was also able to borrow a couple of pairs of socks so they felt quite cosy.

We then set off across the rough ground, warmed by the watery April sun, following the river upstream. Curlews called their eerie cry as we walked and martins flew low over the water feasting on the small insects that were hatching. We eventually came to a place where the river ran between two ‘croys’ and I was taken almost up to my waist in water and told to cast across the river and let the line drift around with the flow of the current. I cast for an hour, alert, watching and waiting for that tug on the line. Two swans were courting, mirroring each other’s slow movements in the dark, peaty water almost as if they were taking part in their own private ballet. I became aware of another inhabitant of the river, an otter was feeding by the bank, diving by my line and coming up again, searching for frogs and eels. I was captivated by his indifference to my presence, he dived and rolled, surfaced and disappeared again. This was what fishing was all about, not just a means to an end, but being totally lost in the midst of time. Being one with nature and at peace with one’s self. The otter disappeared and the sun was dropping in the sky, time to go home and leave the salmon to continue their amazing journey upstream to where they will spawn in the Autumn, not feeding, just existing until it is time to fulfil their desire to breed. I walked wearily back up the hill to the gate, past bright yellow gorse, smelling of sweet coconut, listening to the soft cry of the oystercatchers. The sun had dropped and the air held a chill, the water looked cold and foreboding as it continued on its way to the sea. I didn’t need to catch a fish to enjoy myself, but just being part of this wonderful experience was something that will stay etched in my mind forever and I will never forget the magic of the Tweed.