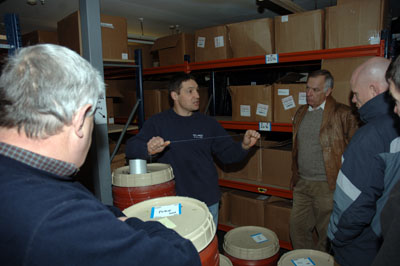 On Thursday 24th November 2005 some 12 members of the society were invited to attend a tour of the Fly Line factory which is owned and run by the BVG Airflo group. Our host for the day was Richard Wothers who is responsible for the running of the factory and is the head of research and development and improvement of lines on the market today. It was explained that all lines available for sale around the world today are made by no less than five main manufacturers. These are Cortland, Scientific Anglers, Airflo, Rio and Shakespeare.

Lines that carry any other name than those listed are made by one of these organisations.

These branded names are however not the same in profile or construction to those sold under the factory brand name but are unique to the specified requirements of the customer having the line produced.

Initially, all lines were made of woven silk which had to be treated to float and dried immediately after use. However, following the development of plastics and polymers fly lines could be moulded into different shapes and profiles and were maintenance-free other than the occasional wipe and clean.

The majority of lines in these early beginnings were in fact made from PVC products and had to be heated to form shape and profile and moulded around a core base.

These early lines were a revelation and allowed the casting of both single handed and double handed rods to be developed.

In addition, the availability of modern materials and their adaptation for use in rods furthered the development of lighter, stronger and more efficient casting tools.

Airflo lines are different from most other makes of line as they use a different polymer material to form the basic structure of the line.

In addition, they also develop different core materials from braided cores to nylon core to suit different fishing conditions and requirements of the angler.

Consideration has to be given to climate, type of fish being sought and type of rod and it’s relative strength being used in the development of a suitable line being developed.

Airflo has been revolutionary in its design and production of sinking lines. In particular the use of such lines in competition loch style fishing and the ability to control the sink rate of lines that correspond to the appropriate line size for the rod being used.

It was explained that the factory produces there own polymer compounds by mixing quantities of tungsten mineral, PTFE powder which repels water to produce these lines.

The line itself is formed by running the core material through a machine that excludes the polymers onto it at different rates of flow. This effectively forms the shape or profile of the line. 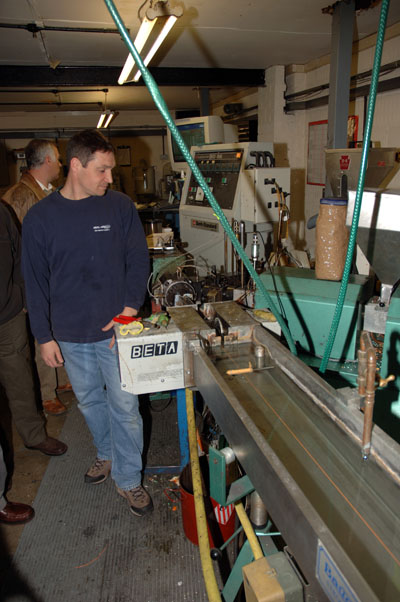 This new line is then run through a cold bath and the coiled onto large drums to cool further and more importantly cure. This curing/cooling process can take between 3 and 5 days depending on the line being made.

These drums were over 2 metres in diameter and have been specially designed for this purpose. 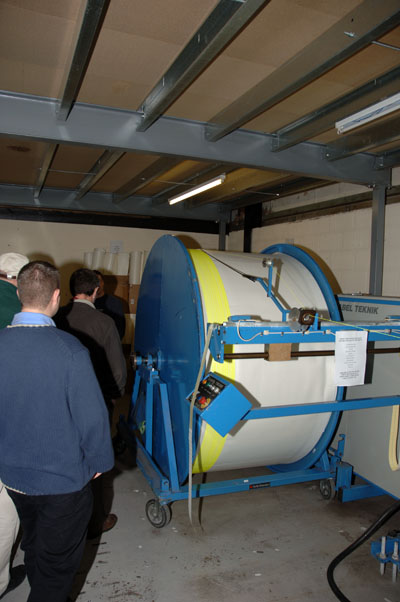 It was at this stage some years ago that caused the memory loops in the floating lines as at that time the drums were much smaller and the lines were wrapped tighter on them causing memory to be created in the curing process.

The next process is for the line to be cut to size and spooled.

Each and every line is then physically checked by an individual. The amount of concentration and effort made by those checkers surprised me as they didn’t rush the job and each part of the line was viewed, measured and tested to ensure that nothing but the best left the factory.

It was explained that research and development were continual with the line making process.

Development of lines and materials has resulted in partnerships with Cardiff University which have had a majority impact in the development of the new ridge line which has been developed to reduce friction and increase line speed so assisting greater distance and accuracy in casting.

On a personal note, I was impressed and pleased with the technical knowledge and application that was going into the development of lines. I was equally impressed with the honesty shown in that there was still room for further development to get better and more efficient and better lines.

All present I believe were impressed and enjoyed the visit. We later enjoyed a Christmas lunch at the Llanwenarth Hotel, Crickhowell where we were able to view the Ty Mawr beat in all its glory and think of March 2006. 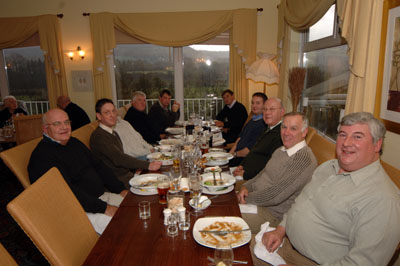