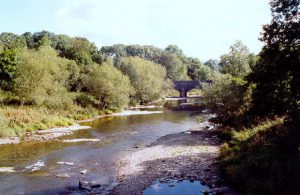 The Real Threat to Your Fishing

If you are an angler who fishes in Wales, whether occasionally or it is your main pastime, I have to tell you it is all under threat.

This is not an idle threat but reality.

Many groups, clubs and angling organisations have fought hard to preserve your right to fish in tranquillity and relative peace. During the past 10 years, there have been three previous consultations where other river users have sought unfettered and uncontrolled access to our rivers and wild waterways.

The majority of anglers do not object to other users of our rivers and waterways, in fact, financial contributions would help to protect these environments. What anglers, clubs and landowners wish for is controlled agreed access through Voluntary Access Agreements (VAA’s) rather than changes in the access laws.

The recommendations of these previous Welsh Government consultations proposed that other river users, such as canoeists, should negotiate access with landowners and angling clubs through VAA’s. Splash funding or government funding (your taxpayer’s money), was committed to this by the Welsh Government. The amounts paid out can be viewed in the attachments and to whom they were paid. This information was collated following a freedom of information requests from WG and makes interesting reading.

Throughout these times, clubs and fishing organisations have tried to come to mutually beneficial access agreements for access to the river. Our own club has a VAA with Coleg Gwent.

Non-angling and canoeing organisations have resolved to ensure that their members and affiliated clubs do not enter into a negotiated agreement with angling clubs and landowners for controlled access. Their one goal is unfettered, free access without any control whatsoever.

The consequence of such uncontrolled access will likely create an environment that will prevent anglers enjoying their sport in peace and will have a likely devastating effect on the natural environment of the river and the land over which it passes, as well as have a serious negative effect on the contribution that inland angling makes to the Welsh economy.

I would ask you, no, in fact, I implore you, to stand up for your sport and answer the consultation document which suggests a change to the Countryside Rights of Way (CROW)Act 2000 giving free and open access to land and waters within Wales without consideration to it consequences.

This will be your only chance to have your say!!!!! Without it, be assured it will be brought into statute and your rights and entitlements will be lost forever.

If the usual apathy of anglers is maintained then we will lose the rights we have and have worked to secure for generations, and for which we pay.

To help you participate in and respond to the consultation, we have gathered together various relevant documents with background facts and evidence. In particular, I refer you to the guidance given by the Sustainable Access Campaign Cymru (SACC) in the document entitled “Dear SACC supporter” which provides bullet-point answers to each of the key questions in the consultation, access to the consultation documents and information on who to contact in the Welsh Government. Also please refer to Gwent Angling Society’s reply entitled “GAS reply”.

Welsh Assembly Government has recently launched a consultation entitled Taking Forward Wales’ Sustainable Management of Natural Resources, which includes far-reaching implications on those who live, work and use our countryside including a proposal to amend or revoke the Countryside Rights of Way Act 2000, to provide access to canoes, rafts or even paddle boards on any non-tidal water, rivers or inland waters anywhere, overriding restrictions under existing law.

Our organisations will be responding in our own right, but we believe that it is very important that as many individuals as possible respond to this consultation to try to maintain the status quo. It is particularly important that rural businesses such as farmers, tourism businesses, tackle shops and angling guides respond to highlight the importance of angling for employment and economic activity and how this might be damaged as a result of unfettered canoeing and other watersports.  Individual responses will have much more influence than standard templates, but we have provided some points below to help you respond.

The deadline for consultation responses is 13th September 2017. Please also send a copy of your response to your regional and constituency Assembly Members. To find out who that is, see the Welsh Parliament – Your Members of the Senedd.

It might be worth making the following points as well (if possible in your own words) in response to the questions in Chapter 4 under the following headings:

That NRW could make a beneficial contribution, but SACC organisations believe that sustainable access to land and water must:

If you live outside Wales, please write to both the relevant constituency and regional Assembly Members for the area where you do most of your fishing, and don’t forget to highlight how much you spend when you visit.

Please send your response to them by 13th September and encourage every other angler who cares about the future of fish and fishing to do the same.