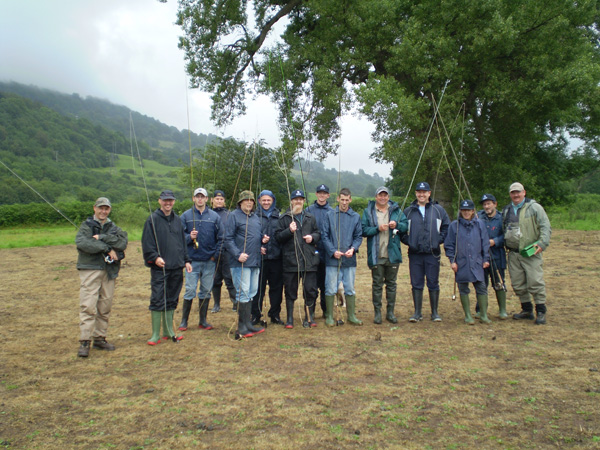 Community Against Drugs Team Get the Fishing Bug

One of the great pleasures in life is being able to give something back to those that have helped you in the past.

Well, this is one of those occasions. For those of you that do not realise many of the improvements and regular repairs made to the bank at both Llan Farm and Ty Mawr are down to Tom Richards and the great crowd from the Community Against Drugs Team who in the past have placed seats at both beats for us oldies to protect our piles and steps have been built at several places at Ty Mawr to give better access to the river for those of us who tend to fall a lot whilst getting down some of the steep banks.

I was asked by Dave the supervisor of the group if we could help in introducing some of the guys into fishing and fly fishing in particular. Of course, the answer was yes and the date was set.

Alan Parfitt, Tom Richards and Frank Williams all agreed to come on the day and each had a small group. 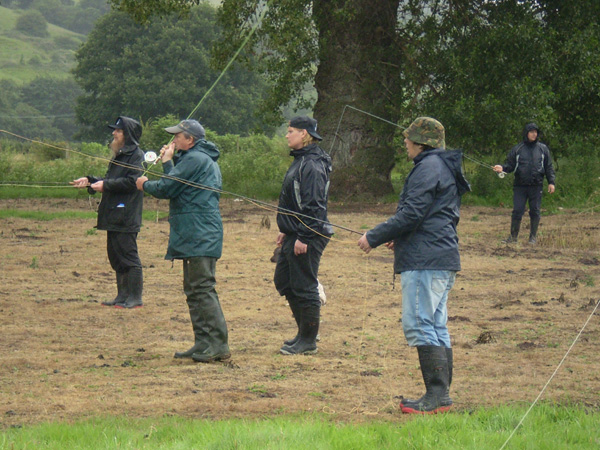 We initially started with a bug hunt and everyone was amazed at the number of different bugs and invertebrate’s that we found. We were able then to explain the imitations that we used to catch them and the different techniques we use to fish for the trout.

Stewart Pyle came down and whilst we had lunch he fished the canoe pool only to hook and lose a great fresh salmon. I felt for him as this would have been his first on the double-handed rod. No worries mate there are plenty more for you to have a go at provided it stops raining. 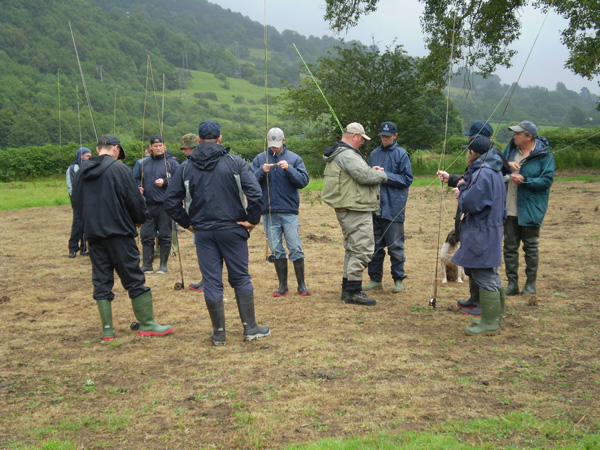 Talking of rain it hammered down all day but following lunch the casting on the grass continued and each and everyone became better and more competent at the art. Some in fact showed a real aptitude for it. 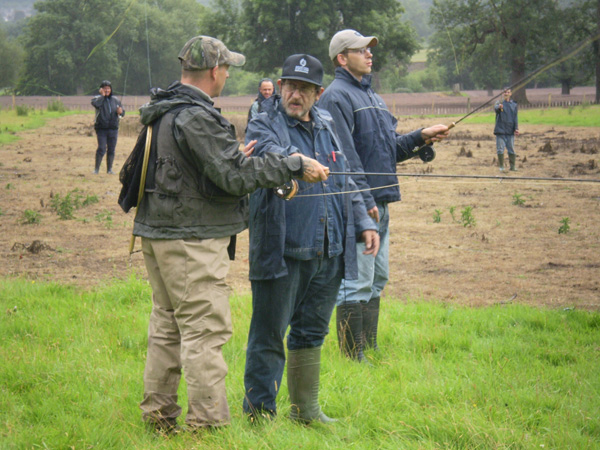 After a short while, we had another break and everyone was eager to get at the fish. Unfortunately, the river started to rise but we persevered anyway. 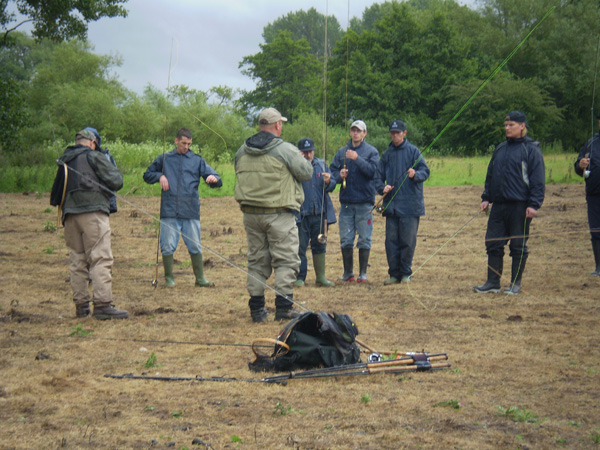 We fished for only 3/4 of an hour because the river continued to rise but John had a fish of about 8″ and the look on his face was a pleasure to see. 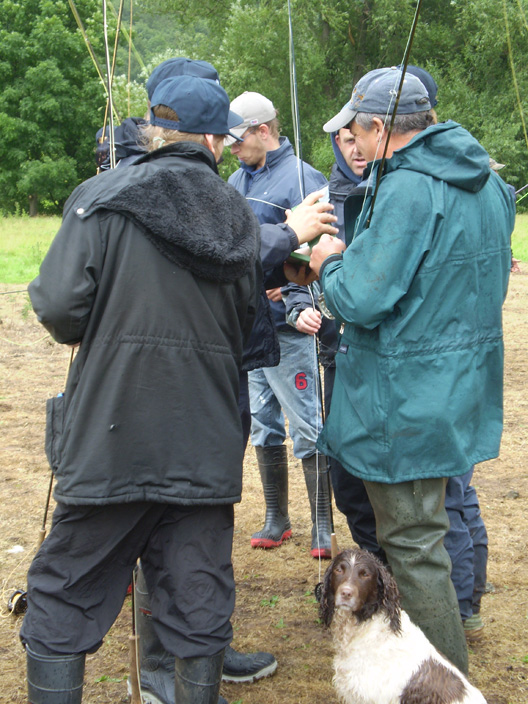 Thank you, lads, for your help in the past and we will have another go when the rain finally decides to stop.

I believe everyone enjoyed the day including Meg Toms dog who appears to be a better angler than Tom himself!